CHORUS DANCE AROUND THE WORLD
THE BRIGHT THOUGHTS COMPANY
​Chorus girls have often been taken for granted - and have sometimes been taken for worse.  Gossip columnists have given them a reputation, and a fickle public has accepted it.
​
The true story is very different, and this series tells it all.  Exploited, over-worked, frequently underpaid, chores girls have played a part in the history of entertainment which has rarely been acknowledged.

Darlings of the Chorus shows how the role of dancing girls has evolved through history.  Dancing girls are represented in the cave paintings of prehistoric man, in the fertility danced of primitive society, in voodoo ritual, in the dances of ancient cultures of the Far East, in the harems of the Orient.  Girls dance for the men of the prairie camps of the American Wild West, in the minstrel shows which first developed the routine of chorus girls in unison in the can-can of
Toulouse Lautrec's Parisian night-clubs, as the Gaitey Girls of Victorian London.

Chorus girls entertained the troops in two world wars, and at London's Windmill Theatre played to capacity houses in the middle of the blitz.  They featured in the variety shows of early television, reviving the link between dancing girls and the comedians of vaudeville tradition.  More recently, the traditional chorus line has split into the individual dance routines of musicals like Hair, Jesus Christ Superstar and Cats, and the dancers have taken to ice and gone under water ... But the chorus girl survives - in spectacular shows of Las Vegas, at the Folies Bergere, and in exotic rebirth in the cities of the Far East.

Darlings of the Chorus tells the fascinating story of the dancing girls from earliest times to the present.  All the actual dances will be recreated for the project - there will be no library footage of dancers or dance routines and no clips from film musicals or television shows.  The history of the dancing girls will relate to events of the time and will refer to the many people who influenced the development of the chorus line.

Darlings of the Chorus is a history re-enacted for todays audiences.  The chorus girl will live again.

The Tiller Girls in an impromptu dance line 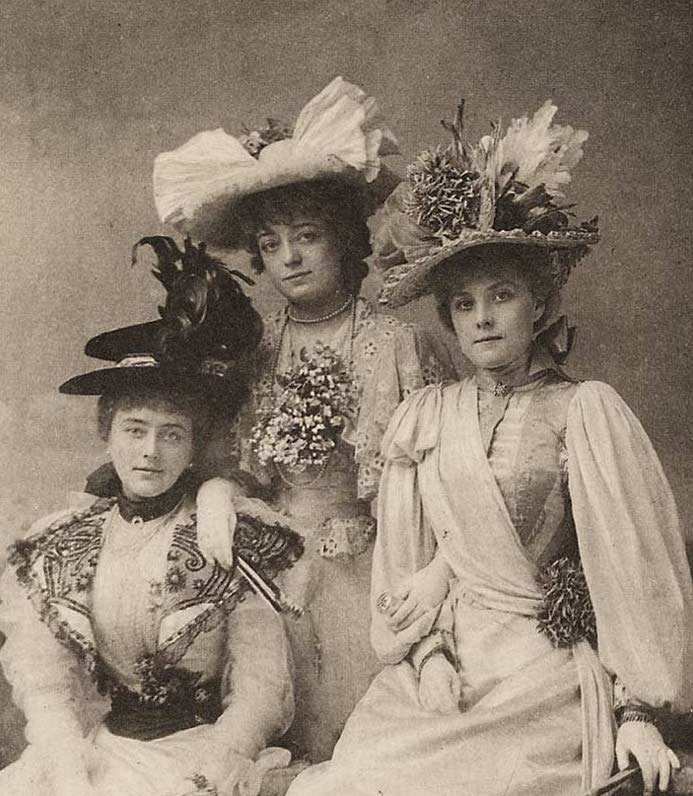